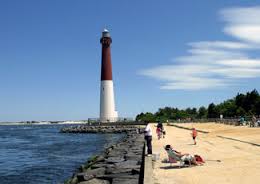 What is now Barnegat Township was originally incorporated as Union Township on March 10, 1846, from portions of both Dover Township (now Toms River Township) and Stafford Township, while the area was still part of Monmouth County. It became part of the newly formed Ocean County on February 15, 1850. Portions of the township were taken to form Lacey Township (March 23, 1871), Ocean Township (April 13, 1876), Harvey Cedars (December 13, 1894) and Long Beach Township (March 23, 1899).  Union Township changed its name to Barnegat Township as of January 1, 1977

For a quick search of the Barnegat area, click the button: Search Barnegat

As of May 2010, the township had a total of 120.87 miles of roadways, of which 85 miles were maintained by the municipality, 24 miles  by Ocean County, 10 miles  by the New Jersey Department of Transportation and 2 miles by the New Jersey Turnpike Authority.

In addition to access to and from the Garden State Parkway, Barnegat is a hub of major state and county highways. County Route 554 is one of the main thoroughfares that runs east to west and connects to Route 72 (which also runs east to west and provides access to Burlington County and Philadelphia). County Route 539 passes through in the western area, which intersects Route 72 and links the Township with Trenton (via Interstate 195). U.S. Route 9 and the Garden State Parkway split the Township east-west.